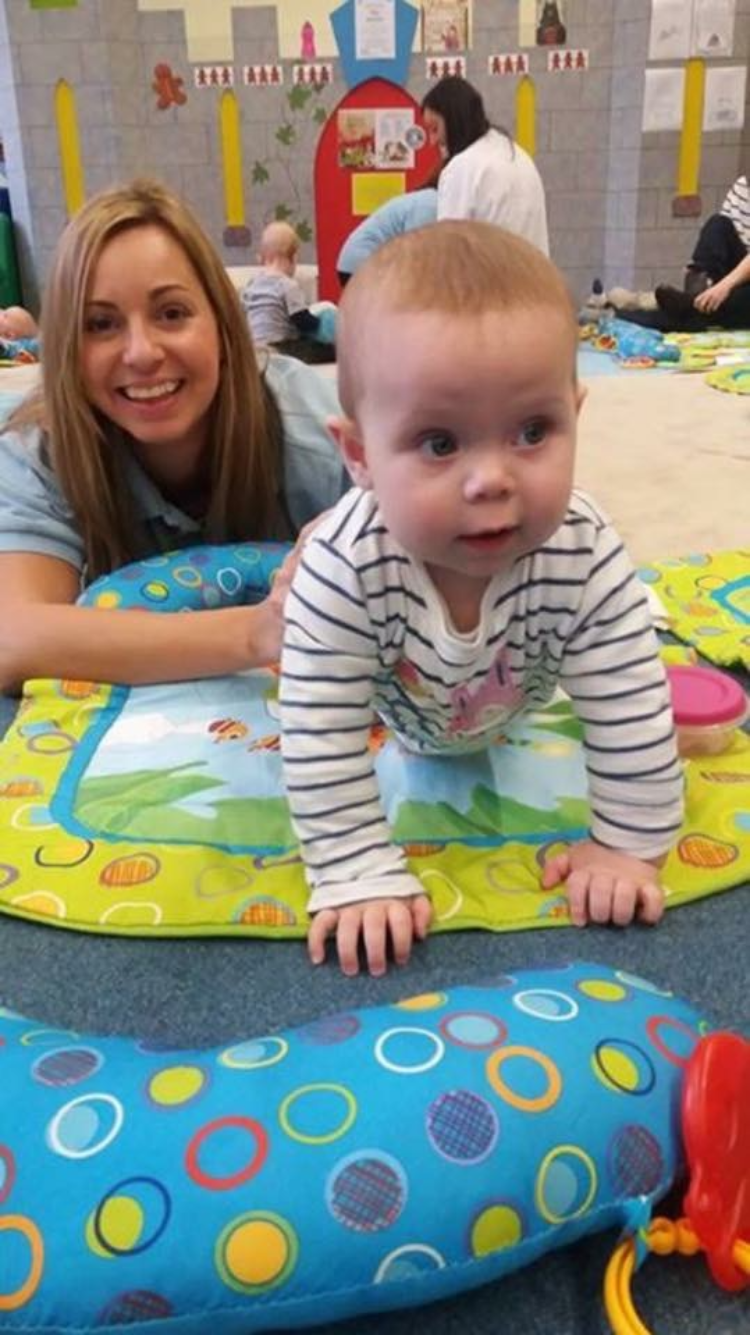 The Junior library for me, is the most special place in the whole of our library. I have spent many years within those four walls working with children and families and have enjoyed every single second.

My memories are of smiling faces during storytimes and rhymetimes. We have had visits from magicians, storytellers and authors. Birds of Prey have flown under the high ceilings and meerkats have scampered over the floor whilst we have listened to their handlers talk about their habitats and what they like to eat. Watching the focal point of the animated castle being deconstructed and removed was emotional as we looked towards our next chapter. 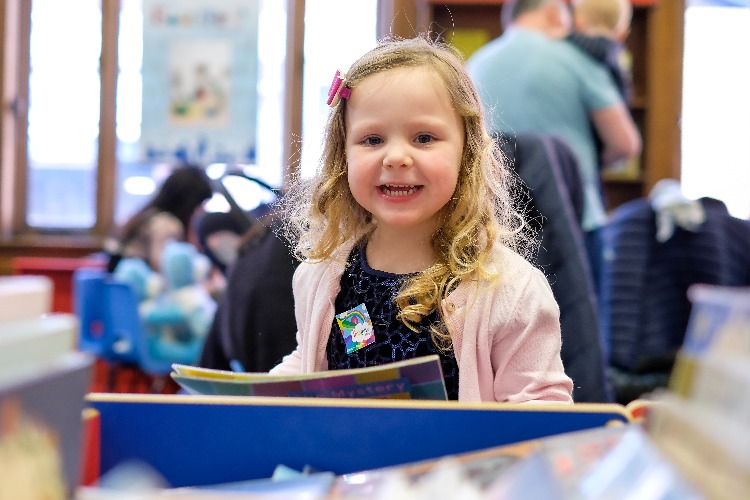 With my somewhat idealised view of the children’s library I admit that I barely noticed the flaws of the patchy paintwork and the cracks in the plasterwork, but as I looked upon these with Site Manager Alan I admitted that this space really did require some attention.

The mouldings that once framed art enclose the original heating panels and Alan explained that in the 1930’s when they were first installed, it appears that the heating was switched on a little too early, which has caused cracks. Over the years these have been painted over, but as part of our refurbishment we are restoring the plasterwork to a high standard throughout the building.

Kirk, who is working on the plasterwork, explained that he was using goat hair in the render to replace horse hair which was used to provide a natural reinforcement within the render originally. By recreating some of the methods and techniques used in the original build, we hope to sustain and conserve our heritage.

Despite us heading in to spring, the weather turned cold and icy just in time for the roofers to appear on site.

With scaffolding surrounding the building, and towers and loading bays prepped for storing the tiles, we weren’t going to let a little thing like snow stop us.

In order to safely begin work on the first part of the roof, the construction team needed to install platforms over the glass laylights. In order to do this, they needed to climb three flights of stairs carrying these platforms! With my office in listening distance of their route, I could have been mistaken from thinking the Chuckle Brothers were about as they negotiated the twists and turns of the stairways. They did an amazing job and within a matter of days the first section had been safely boarded and Alan and I tested it out. 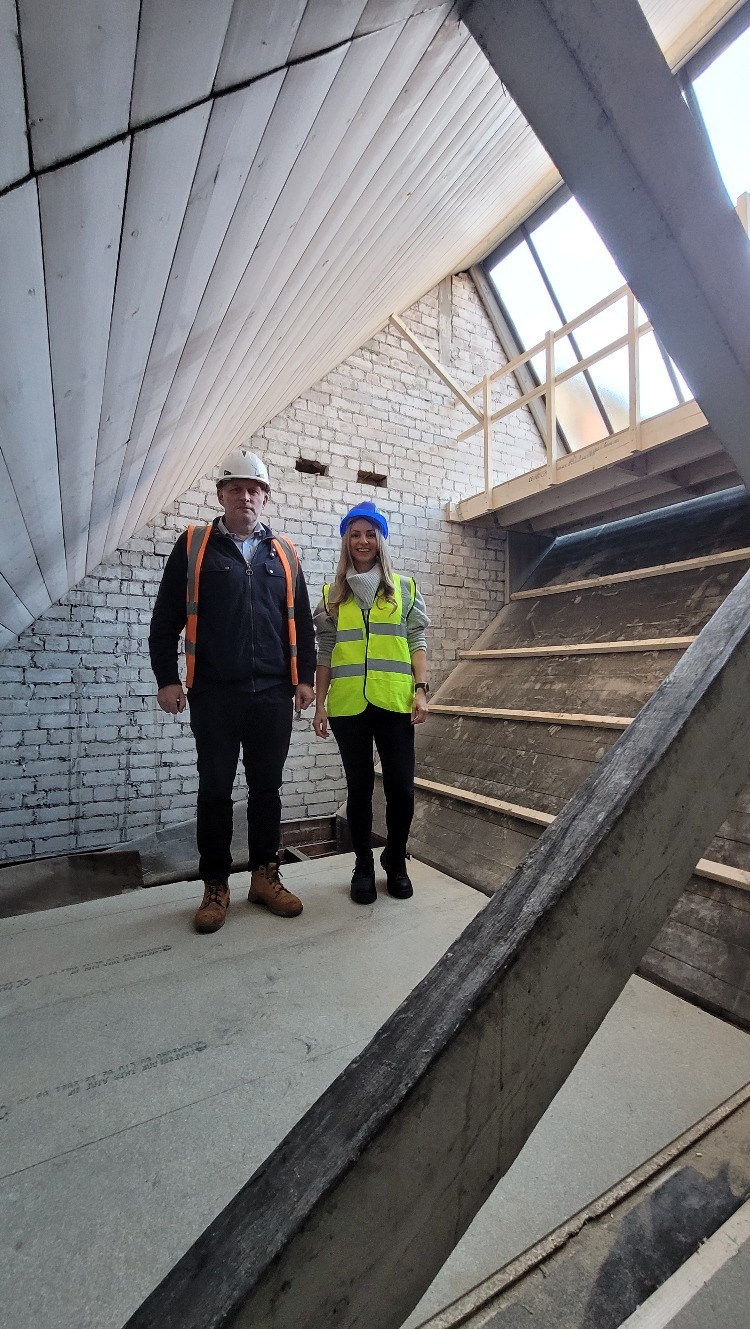 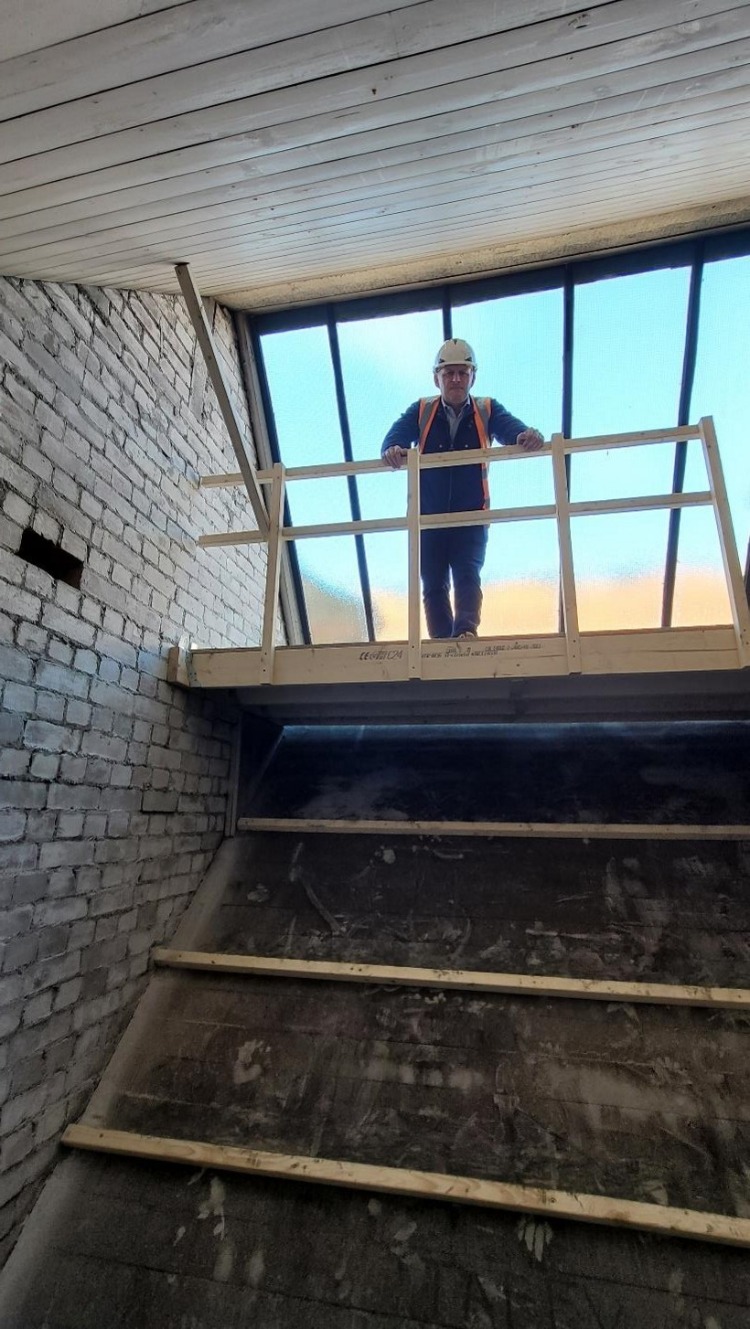 Later in the week Construction Manager, Alistair, showed Councillor Keir and I the view from the outside scaffold. The roof tiles are beginning to be stripped off and saved in batches so they can be re-laid, allowing for closer inspection of the guttering and the beams. It was bitterly cold up there and I’m blaming the weather for my wobbly legs, not the ladder height.

Easter is upon us and with that comes holiday events and activities for children and families to enjoy at our libraries.

Our annual egg hunt for children has been confined to our Art Gallery due to the work progressing in the other half of the building. 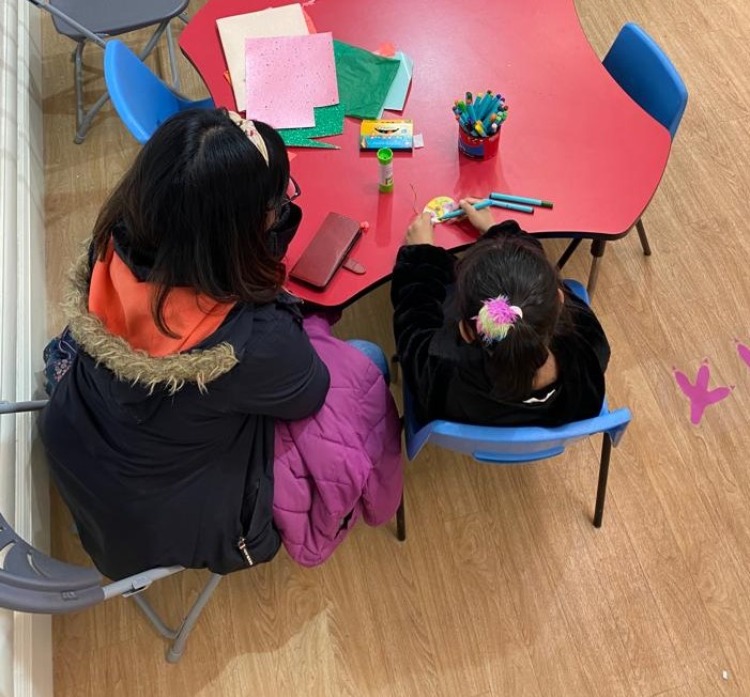 Sadly for the construction team, there is little rest for them over the Easter holidays period.

However this presented the Easter Bunny with an opportunity to thank them for the work they have been doing on our beautiful library.

With the hard hat pulled down over her long ears she hopped in and delivered eggs to all of the workers.

I think they look eggstatic don’t you? (Sorry!) 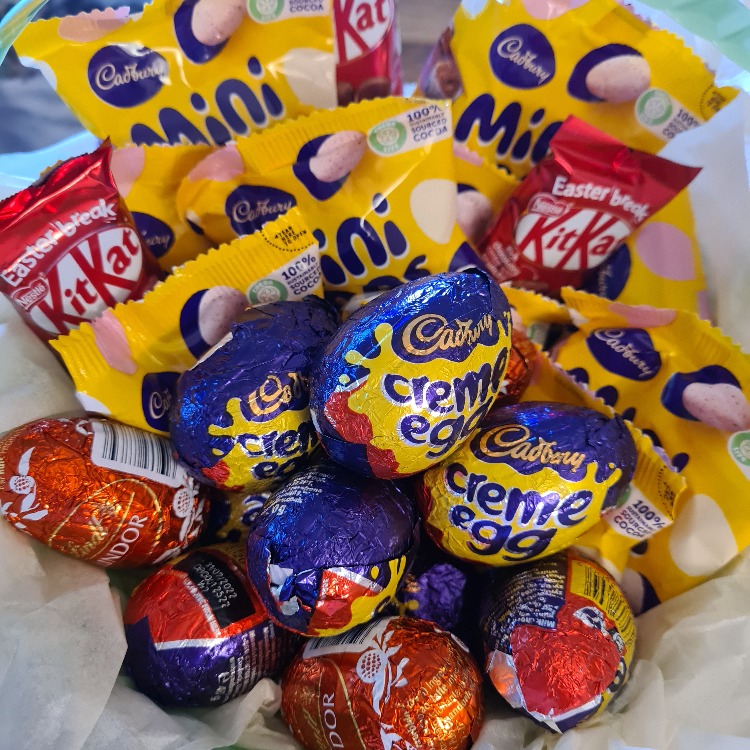 Still elated from climbing my first scaffolding summit (is that a thing?) I grabbed site manager Alan and asked him for a tour of the roof space.
I'd heard many tales about low ceilings, dusty crawl space, narrow walkways, and stuffy confined spaces so I was prepared for the worst.
Luckily it turned out that I'm a lot smaller than most of the previous visitors to the roof space, so I found it a walk in the park.

Bravado aside, seeing the space with my own eyes really brought it home how much planning and skill is required to fix this intricate roof. The library team have got to know the construction team, and we are quite fond of them now, so I was relieved to hear Alan’s plans for keeping them safe whilst they work in the void.


I'll be sure to make them a brew once they have finished.

Our majestic Library has stood tall on Crown Street for over 136 years, and I couldn't wait to see the view from the top of it.

Once the external scaffolding went up, (and I'd let a few of the contractors test it out), I asked site manager Alan to give me the grand tour.

The roof tiles appeared to be in remarkably good condition, and Alan estimates that around 80% of these will be re-laid once the specialist roofing felt has been installed.

It was great to see the detailing of the brickwork close up; the windows, crests and original carved wording.

The glass externally to the roof is all due to be replaced and I couldn't help but feel daunted by the obvious difficulty and complexity of this work. I also thought I'd better organise a sun dance over the summer to keep the rain at bay for them!