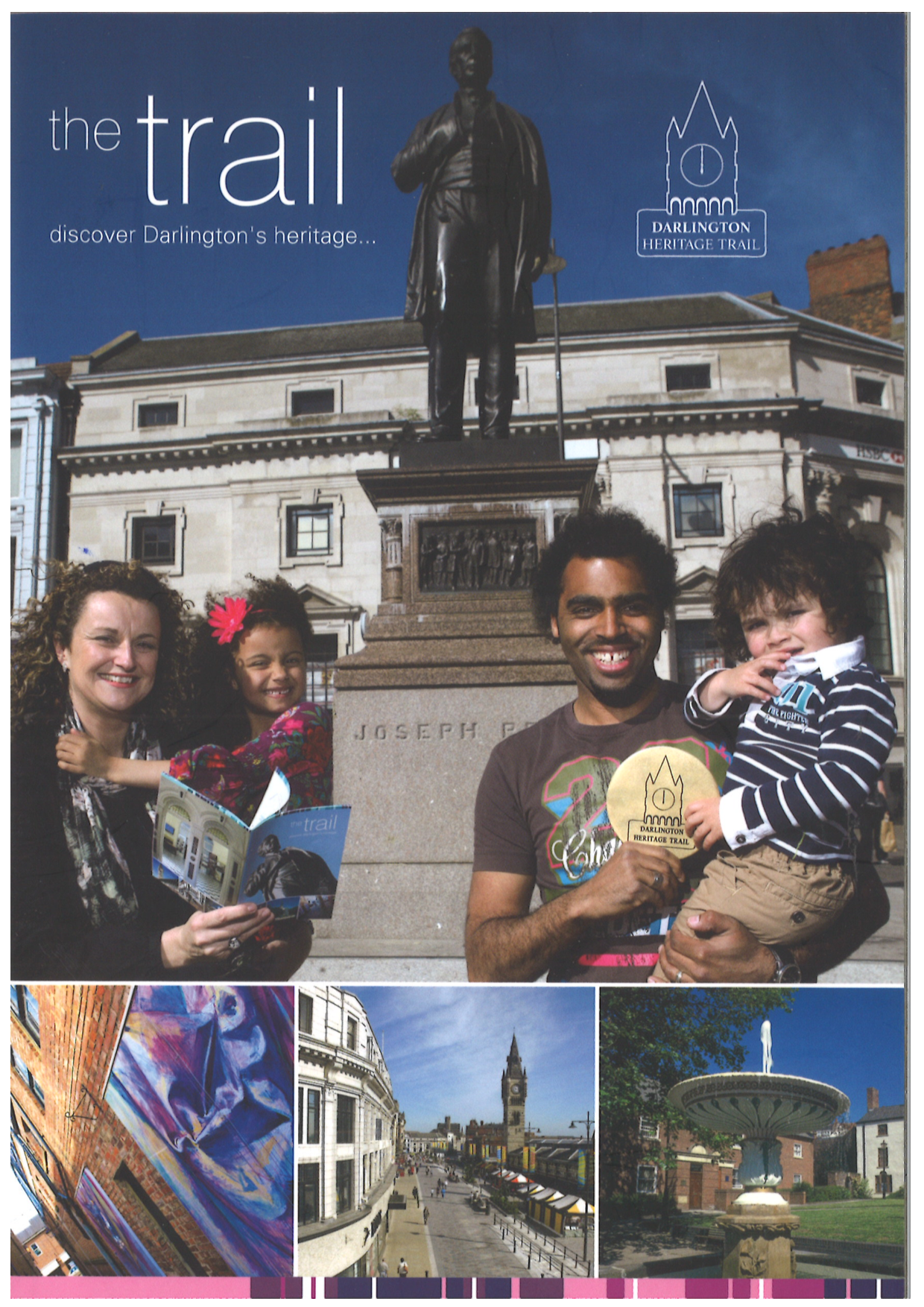 You will need the map too! 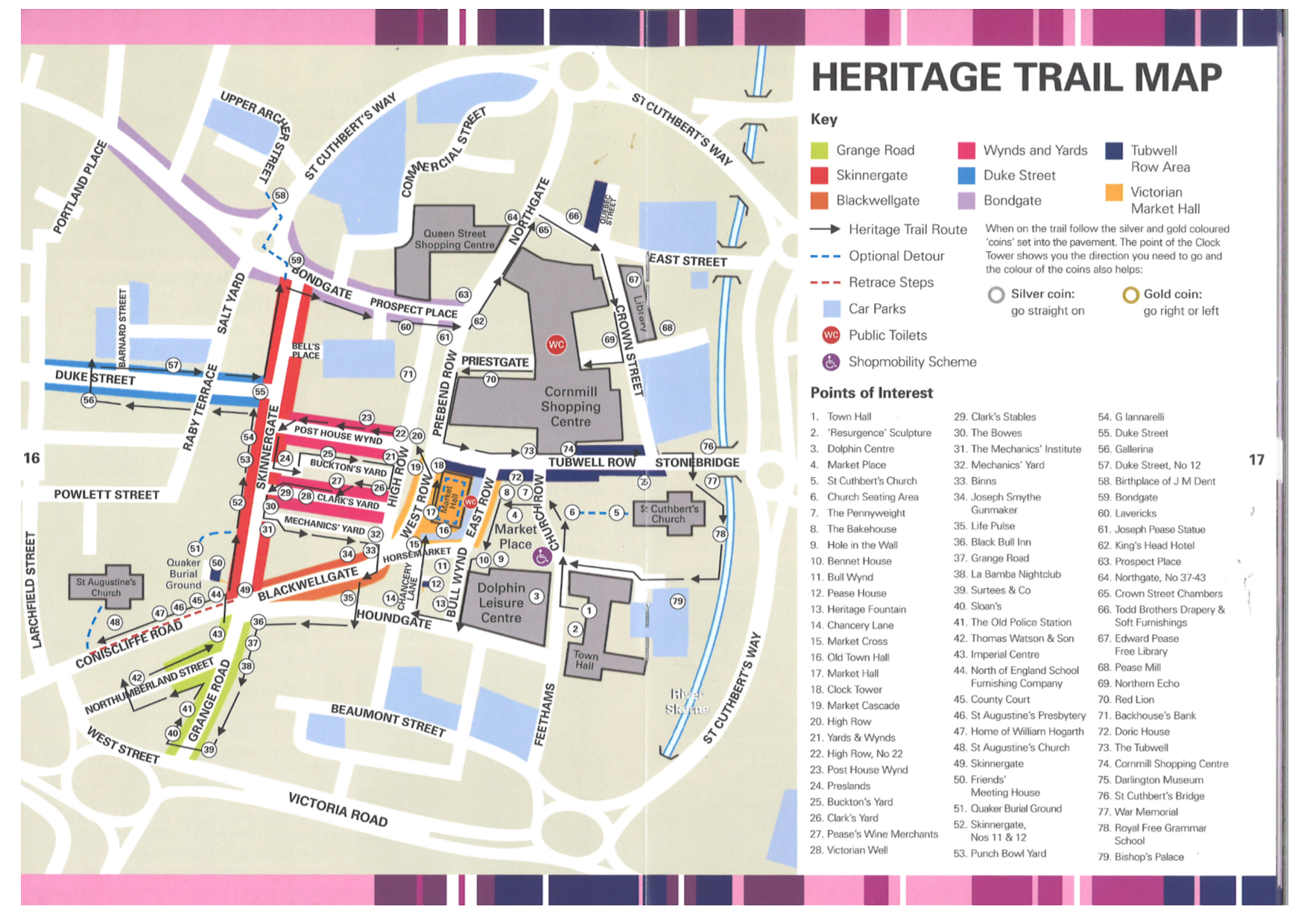 Don't forget to come in to the Centre for Local Studies in Darlington Library to see our displays, database of photographs of the town and much more! 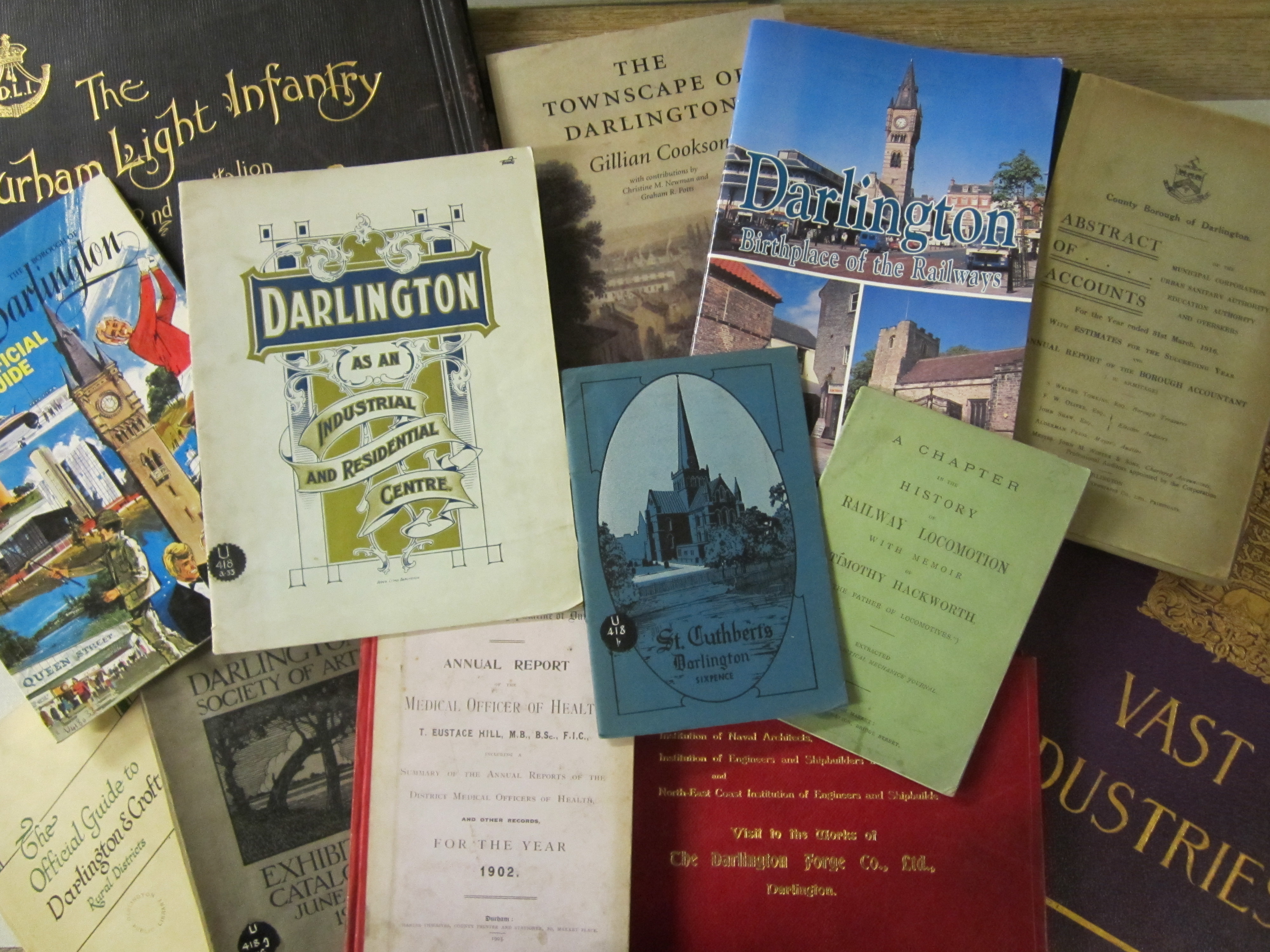 Local Studies books and pamphlets have now been added to the online library catalogue, click onto the Catalogue link above.

Following 3 years of hard work by staff and volunteers the main card catalogue for Local Studies is available online.However if you are looking for photographs, maps, newspaper indexing or family history resources please ask staff to help you use the card catalogues when you visit.

If you would like to request Local Studies items either in advance of your visit or when you come in, please use this form for guidance. The information staff require to locate the item you are interested in is marked with an asterix symbol *

Are you interested in starting to trace your family tree? 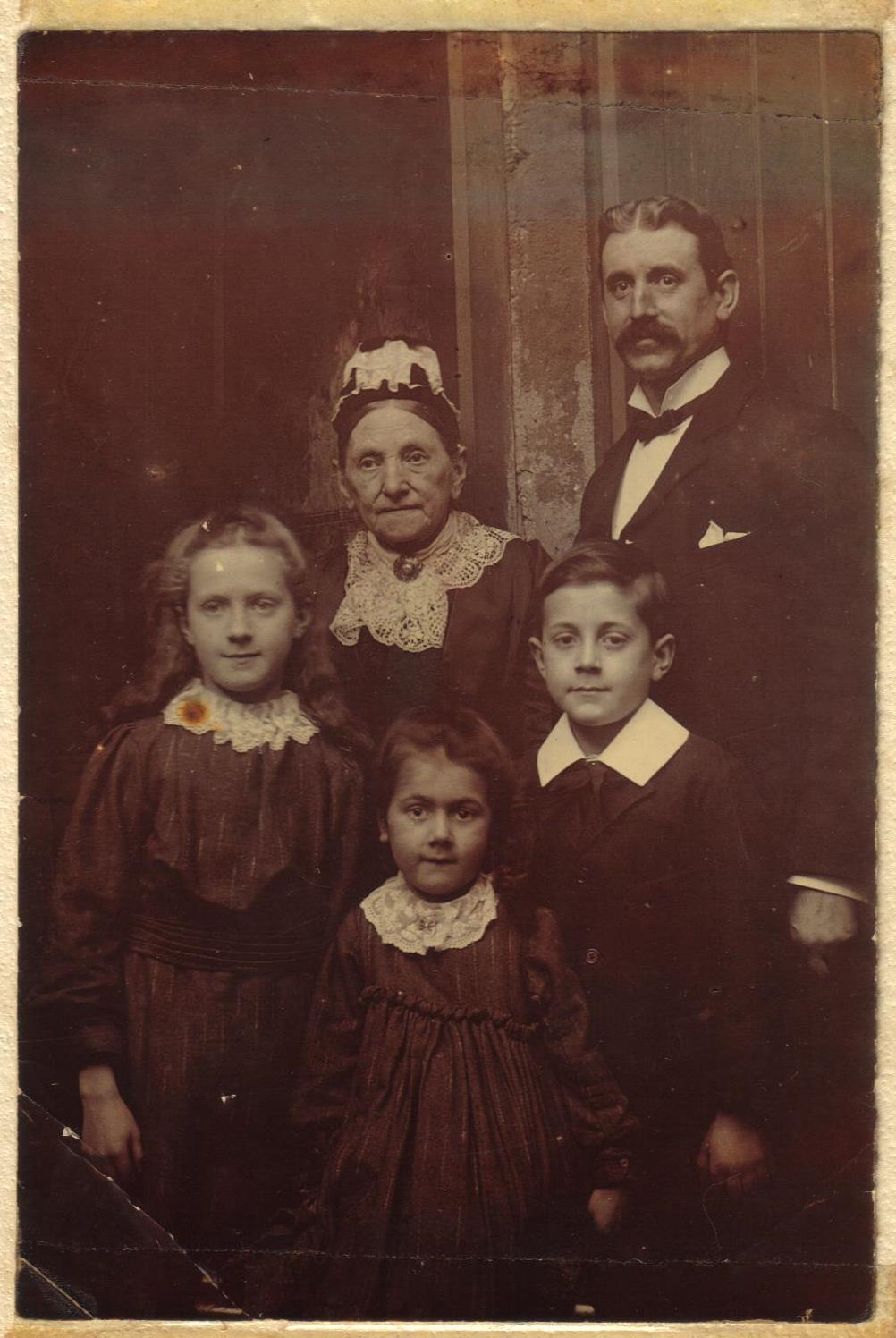 The Centre for Local Studies welcomes group visits during opening hours. Special interest groups or school and college visits are always welcome. Group visits can be tailored to suit the requirements of the group whether you wish to do some research into a particular topic or have a general look at the resources we hold in the department, we have something to suit everyone.

Teachers and pupils can be shown around all departments of the Library and can do research using old newspapers, maps, photographs, census returns and other resources.

Darlington Library is currently undergoing refurbishment. This may occasionally cause disruption to our services. We will announce any changes or closures here.

The Centre for Local Studies has a large and wide ranging collection of material relating to the Borough of Darlington and surrounding areas.

The department aims to collect and preserve historical and contemporary material and make it available to anyone with an interest in local or family history. The resources (click the link on the left) include books, photographs, maps, posters and ephemera, which tell the story of the Borough of Darlington.

Staff are always available to assist with enquiries and help with the use of microfilms and other materials.

There are changing displays with a local theme each month and visitors are encouraged to look around and enjoy the pictures, paintings and books on display and ask to see related items in the collection.

Visitors should note that taking photographs of items in the collection is not permitted. If copies are required please ask the staff who will advise on copyright. Photocopies or printouts can often be made for personal use and for a small charge, subject to copyright restrictions. Please discuss with staff if reproductions of images are required for other reasons.

Some photographs from our Local Studies collection 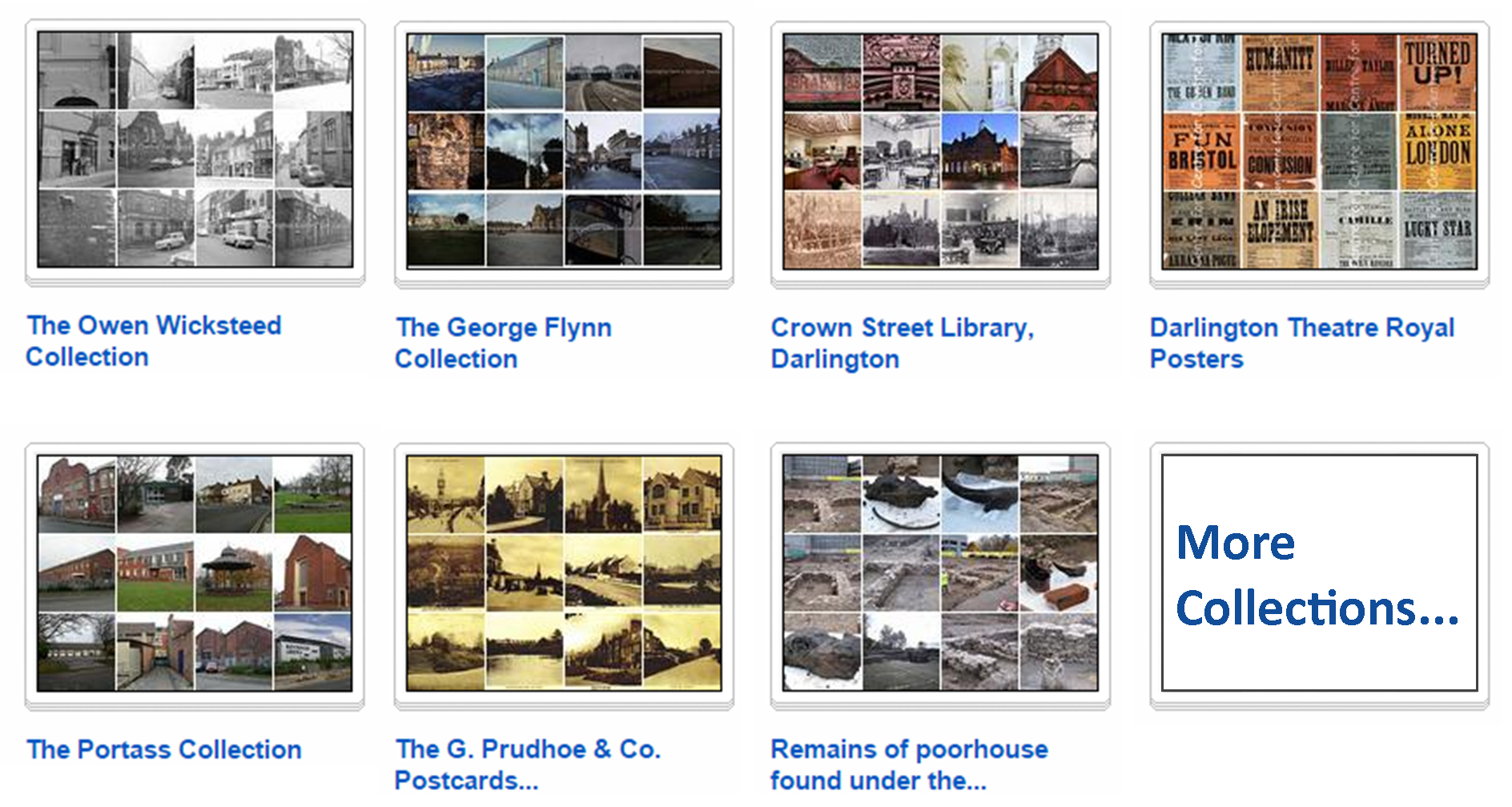 Not found what you are looking for?

Our Local Studies collection has over 40,000 images

of Darlington and surrounding areas.

Call into the Library to see other photographs.

Need information about other areas? Find links to other local history collections of Public Libraries and Archives in the North East of England;

More details about Dissent in Darlington

This lovely snowy scene of Pierremont is our December treasure. It is oil painted on tile by an unknown artist and its’s lovely red velvet frame makes it a festive choice.

Pierremont was a grand mansion built by John Botcherby in the 1830s and was home to Henry Pease from the 1840s. Henry ran the family mill, became the first Mayor of Darlington, and served as MP for South Durham from 1857 to 1865. He is also remembered as the founder of Saltburn.

Pierremont’s ornate Gothic style contrasted with the plainer architecture of most of the mansions already in existence in the town at that time and it became known locally as the ‘Buckingham Place of Darlington’. It had stunning landscaped gardens which included a lake, a grotto, and an icehouse. It was also was home to a beautiful fountain, the Pierremont Vase, which is now located in South Park. After Henry’s widow Mary died in 1909 the land was sold for housing and the mansion was divided into three homes.

Also pictured here is another wintery scene of the Pierremont estate from the local studies collection.

This little book is an invaluable resource in the Centre for Local Studies. It is a record of all the officials and workmen who were employed by the Pease businesses and who served in the forces during the First World War.

Pease and Partners were responsible at this period for workforces in collieries, ironstone mines, limestone quarries and ironworks. 31.74% of the total workforce of 13,154 joined up. Of these 4,174 men, 543 died on active service, 124 received medals for bravery.

The first section of the book, ‘In Memoriam’, gives the name, rank, date and location of death, and records whether the individual was killed outright, died later of wounds received, or was listed as missing. As well as the obvious infliction of war trauma, there are also deaths from malaria, pneumonia, sickness, gas poisoning, drowning and even the ‘accidentally killed’. After this, the ‘Record’ section, lists men by name, rank, regiment, and decoration. The final section concentrates on the decorations, including some details as to specifically what bravery was involved. The heroism is often extreme, although the language is very much of its time, the men are praised for ‘great dash’, ‘coolness’, ‘steadiness and contempt of danger’.

Pease and Partners Memorial and Record of the European War 1914 – 1918 is available to view in the Centre for Local Studies at Darlington Library. Please see our website www2.darlington.gov.uk for opening hours.

Isaac was born in Norton, near Stockton in 1808. His maternal aunt was Rachel Pease, the wife of Edward ‘Railway’ Pease so he was related to one of the most prominent families in Darlington. Isaac was a partner in Coates and Farmer, a printing and bookselling business on High Row. He was also involved in the iron industry.

In 1840 Isaac presented his father George with this sketchbook, now in the collection at Darlington library. It contains pencil portraits of Isaac’s parents and siblings and a self-portrait of Isaac himself. We believe this was a parting gift, as very soon after Isaac set sail for New Zealand.

What prompted him to emigrate we don’t know. His businesses were failing so it may have been financial reasons, but what happened next was to bring researchers from New Zealand to the North East of England, in search of him, some 180 years later.

Isaac settled in Nelson, and for reasons undiscovered, he set about painting watercolour portraits of Maori, 58 portraits in total, including men, women and children, chiefs and slaves. Isaac’s portraits are a valuable historic record of the Maori from central New Zealand during the often turbulent times of the early 1840s. A book by Hilary and John Mitchell was published earlier this year containing full colour reproductions of the Maori portraits and details of each individual whose likeness was recorded. It also contains their extensive research into Isaac himself. Copies are available to read in the Centre for Local Studies.

The sketchbook here in Darlington Library is the only other known artwork by Isaac Coates to exist. It is, without doubt, a treasure of local studies. 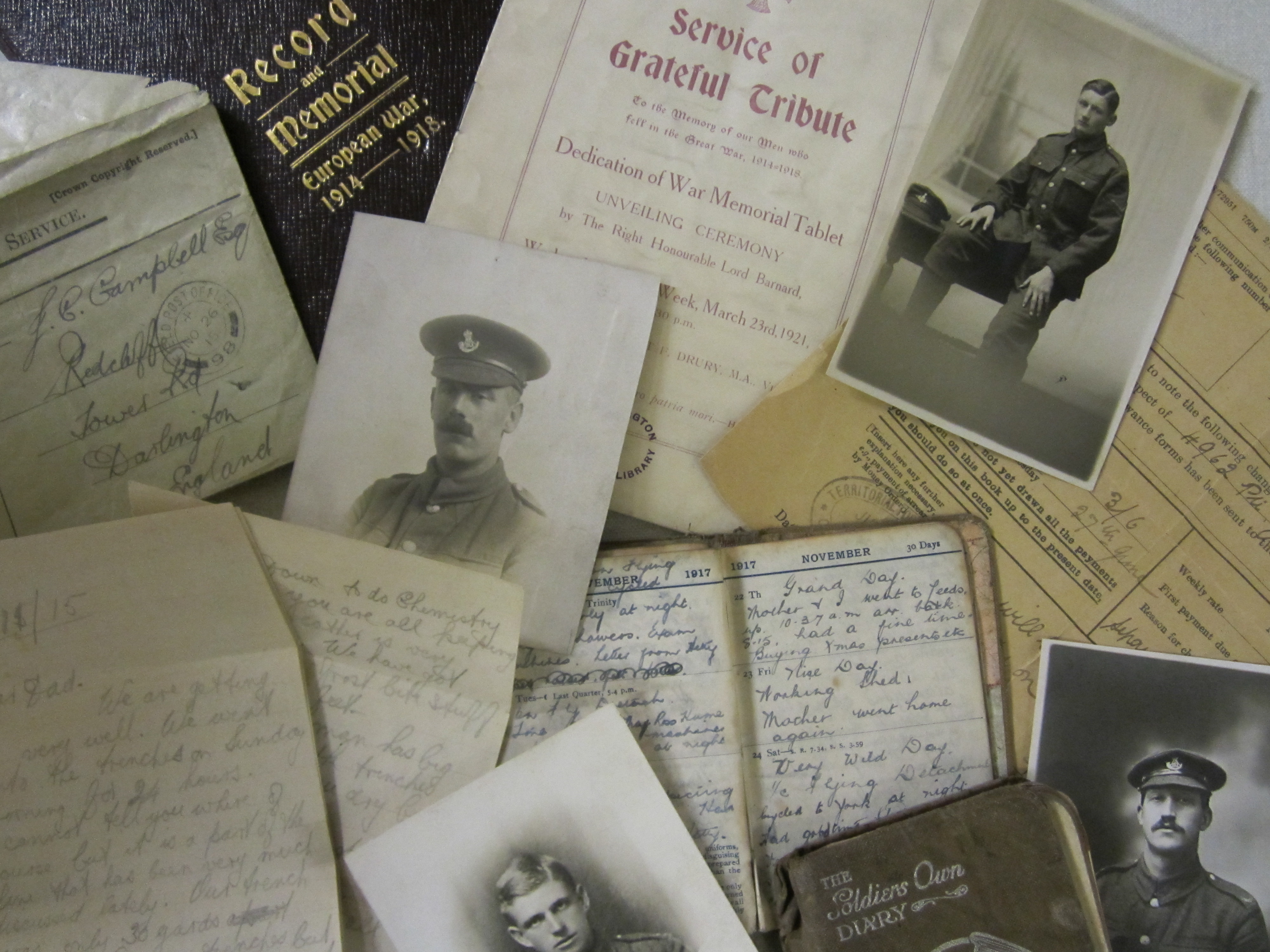 To see what's on in Local Studies, please visit the Events Page 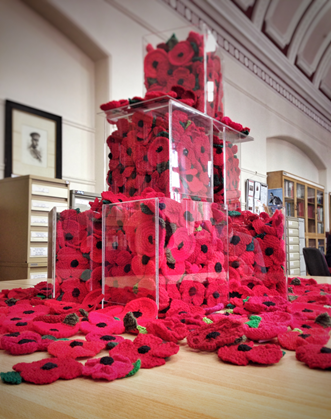 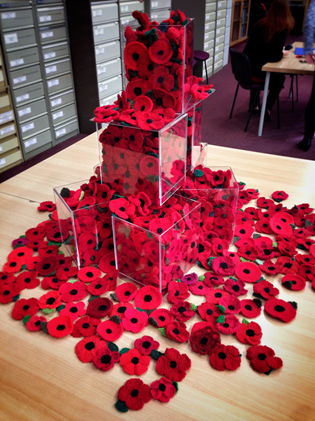 A Poppy for a Soldier Like many towns Darlington suffered a devastating loss during the First World War. Of the many Darlington men who enlisted more than 1,100 did not return.  A project to commemorate the Darlington men who died in the war has taken place at Darlington Library’s Centre for Local Studies. Following an appeal, local crafters donated hundreds of knitted and crocheted poppies, and staff invited local people to visit the Centre to find out more about an individual soldier and label a poppy in his memory. These poppies were on display in 2015, 2016 and 2018 for the final time.

For the last twelve years historian Stephen Nicholson has been compiling a database of information about the Darlington men who paid the ultimate sacrifice in the First World War. Using resources in Darlington Library’s Local Studies Centre and the National Archives, Stephen has recorded the names, addresses and occupations of the men who died. Wherever possible Stephen has included a photograph of the man and an extract from the relevant battalion’s war diary written on the day of his death. Stephen’s research has been published by the Northern Echo and is available to search for free at www.thenortheastatwar.co.uk .